The Victory Boogie Woogie tunnel is a new tunnel that connects The Hague’s city centre with the Ypenburg junction. The tunnel is part of the Rotterdamsebaan and is 1,860 metres in length. Its name refers to the last, unfinished painting by Piet Mondrian: Victory Boogie Woogie. The name was announced by the City of The Hague back in 2015, and the tunnel is now operational. DsignMarking has been commissioned to design the lettering, which is every bit as aesthetic as it is spectacular. 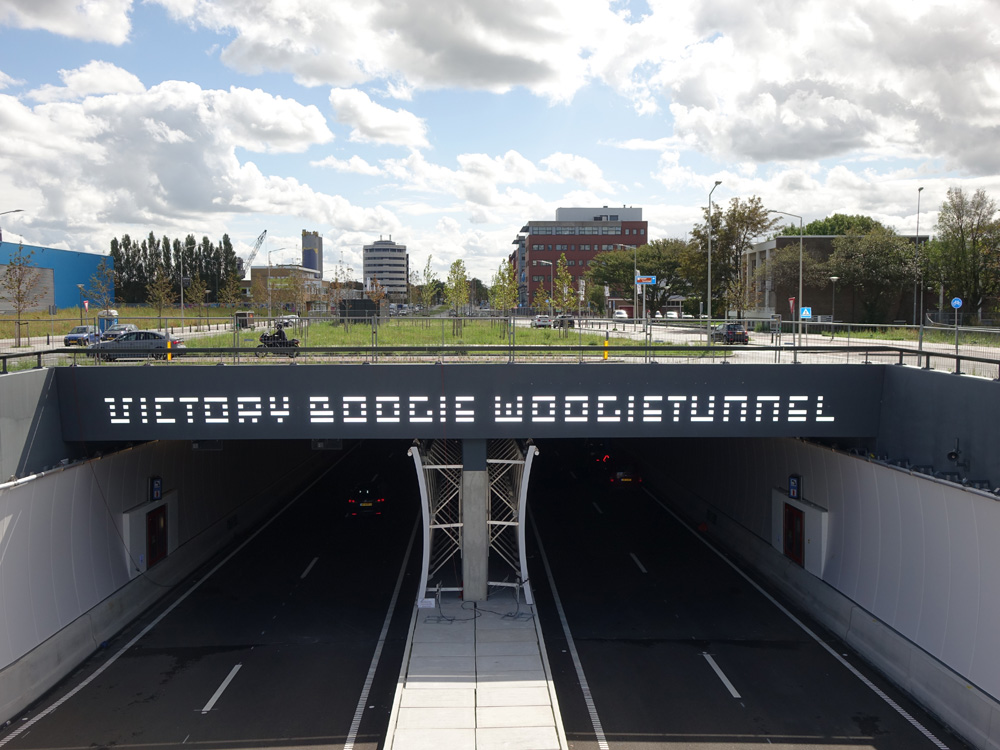 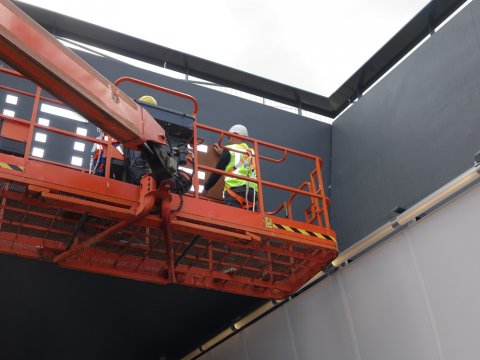 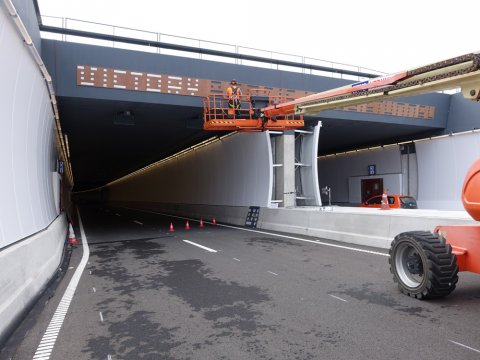 Our dyed-in-the-wool techies who were assigned to this project loved the challenge. Since both tunnel entries vary so widely, two different rates of reflection were needed for the foils. This could eventually only be accomplished by selecting two manufacturers for the reflective foils, which involved the use of different products on both ends of the tunnel. It may not have been the most obvious solution, but we knew it was the most effective one. 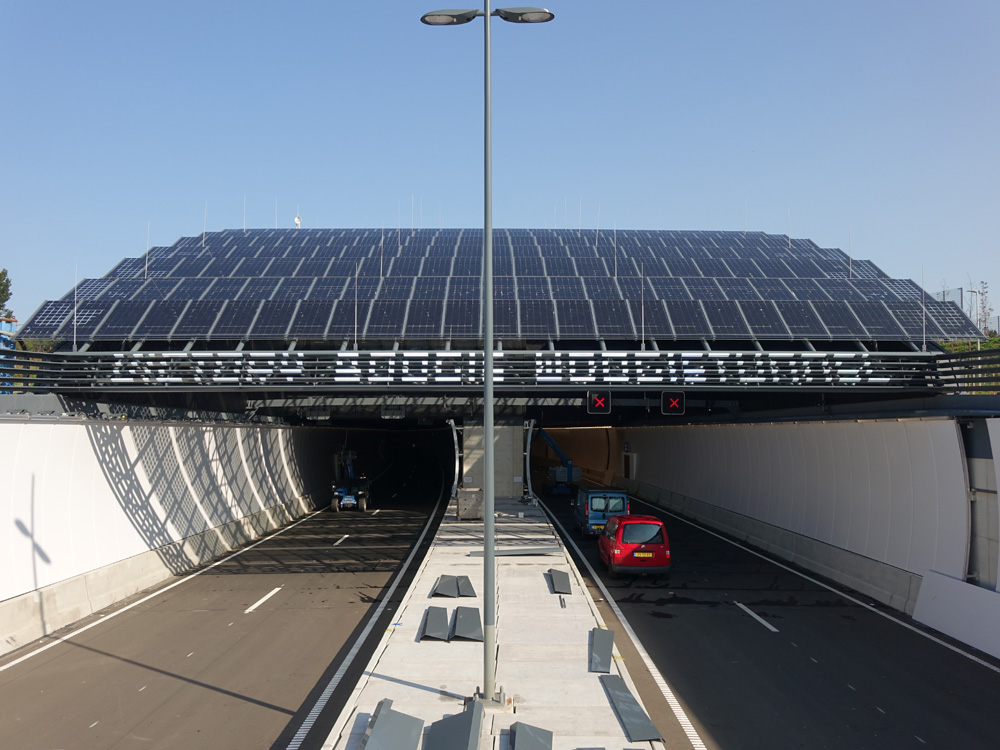 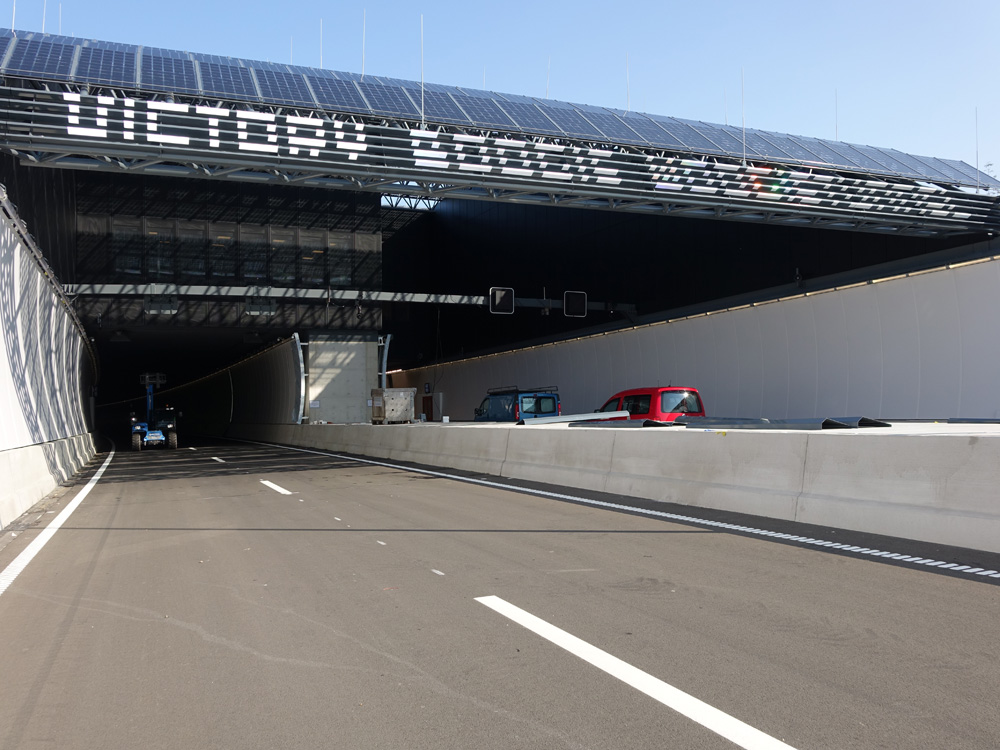